Yesterday was a rough day at Duke’s House. Chris, Duke, and I said goodbye to one of our best friends. I still can’t really comprehend that Tacia is gone, it all happened so fast.

Tuesday night Chris and I suspected that Tacia was not eating her food, but we both thought that she was probably sneaking Duke’s food instead. After all, each dog seems to like the other dog’s food better.

On Wednesday, I was very careful to monitor who was eating which food and it became clear that Duke was eating all of the Duke food and Tacia’s food was left untouched. Chris immediately decided to feed her some chicken, just to be sure that she got something to eat, but she still seemed relatively normal. I did have to ask her to come to bed with me when I went, which was unusual, but I still did not think much of it.

Around five yesterday morning, as I was trying to round out a sixth hour of sleep, Chris woke me up asking me to feed Tacia more chicken as soon as I got up because he did not think that she was doing well. His grave tone and demeanor led me to immediately crawl out of bed. I found her lethargic on the floor with a bowl of chicken in front of her and Chris by her side. Chris and I sat, trying to feed her, until he had to leave for work. 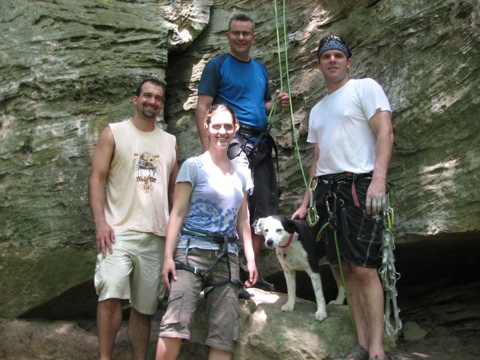 When Chris left, I cried. I was scared. I was selfish. I was worried about being home with her alone if she didn’t make it through the day.

Eventually, she stood up. I felt so hopeful. She walked a few steps, then collapsed into a heap on the floor. My sudden burst of optimism immediately dissolved. I moved her food and water to her side and sat by her in the floor telling her that she was a good girl. Now and then I tried to feed her, but she refused to take any food after Chris left. 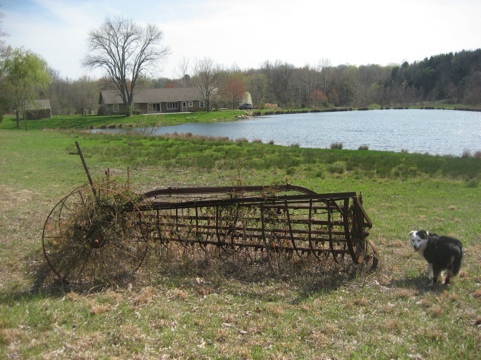 By the time it got light out, I was sure that her condition was only going to decline. The day proceeded in a similar fashion, with Chris making two trips home from work mid-day to try his hand at feeding her something. It was among the most heart wrenching days that I can recall.

When Chris finally came home from work, I felt so relieved that he made it in time and I was selfishly glad that he would be there with me when it happened. I am almost certain that Tacia was waiting for Chris.

Before the sun set, our friend Bryan brought over his backhoe so the he and Chris could prepare for the inevitable. As Chris left the house, he joked that Tacia would be around for another five years as soon as they got to work with the backhoe. I hoped that he was right, but several minutes later the time came.

Chris and I were both pretty upset, but I fear that it will be worst on Duke. She was his companion and the only constant in his life. They spend each day together and sleep side by side every night. When we left Duke at the kennel for nearly a month to go to Africa, Tacia was with him, sharing a stall. When we went to India, Tacia moved to New Jersey with him. She has always been there for him and it broke my heart to hear Duke cry as the guys took Tacia away. 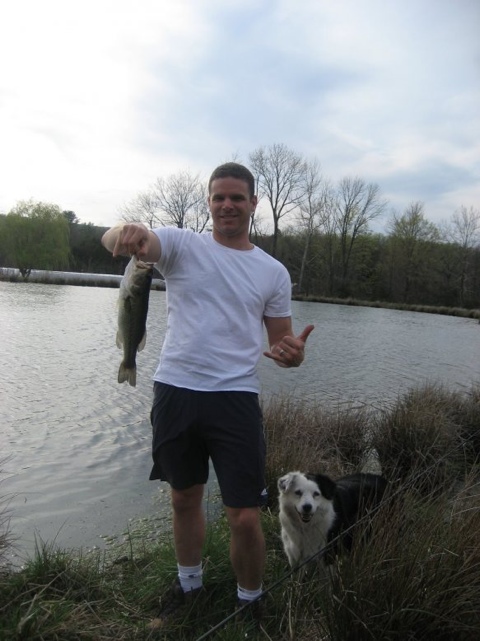 I know that Chris and I will be ok, but I wish that we could explain to Duke that she was a lot older than him and that she had many wonderful adventures before he knew her. I hope he is not too lonely.

Duke, we will get you a puppy someday. For now, please do not chew on the baby like it is Tacia’s ear, Kai will not find it as endearing as Tacia did.