This weekend I finally got to see Chris again when he met me in Kuala Lumpur after I had been on the road for three long weeks. I hadn’t seen him, and in fact had barely talked to him due to conflicting work schedules, since he met me in Dubai two weeks earlier.

I spent my first day in Kuala Lumpur alone as Chris didn’t arrive until early Saturday morning. It was a pretty easy city to navigate by myself with a fairly robust monorail system and enough signs in English for me to get by.

My day started bright and early at the best hotel gym that I have seen in a long time, great job Doubletree KL! 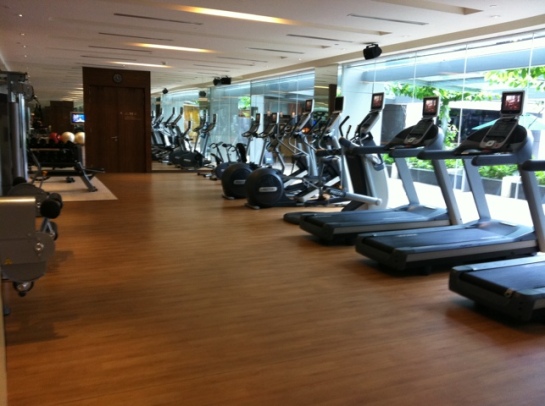 After working for several hours, I headed out to explore Chinatown before I needed to come back for my evening meetings. It was pretty standard as Chinatowns go with plenty of hawkers in the street selling all sorts of food, clothing, and housewares. 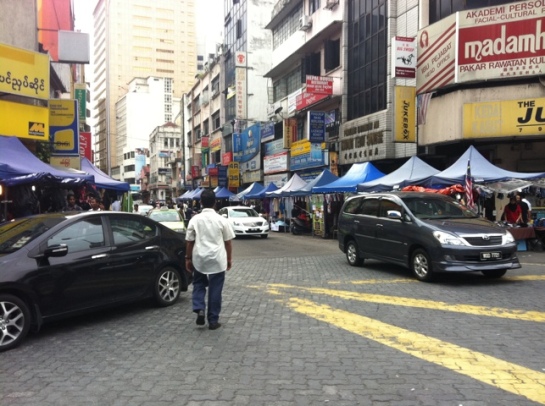 Saturday morning we started exploring bright and early, the first thing on our agenda was to track down a ‘normal’ breakfast. That was a big win for Chris and a huge fail for me when I ended up with a Malaysian KFC breakfast burrito. Don’t get me wrong, it tasted great, I was just hoping to find something a bit healthier.

The Captain America cup is priceless. Something else of note was this advertisement for high calorie chocolate milk:

I wonder how that would sell in the US? Maybe I’m just out of touch.

We trekked all over KL on Saturday, revisiting Chinatown, several important buildings nearby, and finally the upscale shopping district, but before our journey on foot began, we hired a driver to take us to Batu Caves, a mountainside Hindu Temple. 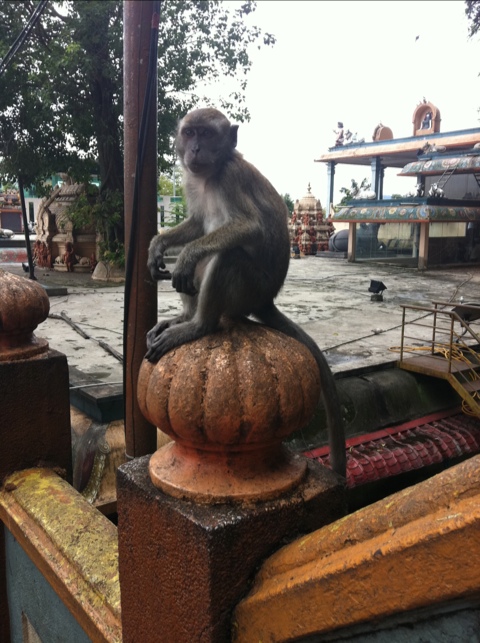 On our way up the 272 steps to the temple, there were monkeys galore. I became kind of fanatical about taking pictures of them. I’m sure that Chris has some temple pictures, but most of mine are monkey related.

We did not feed the monkeys, tempting as it was. I think Chris was having flashbacks to his monkey attack in Tanzania. For some reason, while I think they’re cute, Chris seems to think that they are pretty vicious.

After exhausting ourselves by walking all over the city on a hot, humid day, we decided that it was time for a lower key, air conditioned activity. Remember the fish spa that we didn’t get to go to in Sri Lanka? I didn’t forget about it. Morino Kaze fish spa was set on my agenda for the weekend. 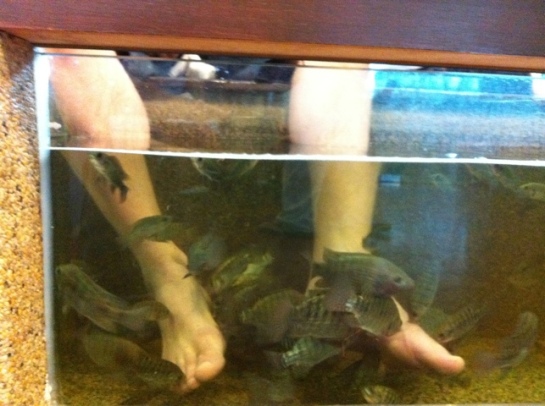 It was pretty awesome! I hope I get to go back to another fish spa sometime. The only drawback was that I sat near Chris who hogged all of the fish. For some reason, probably because Chris has more ‘weathered’ feet than I do, the fish preferred his.

After the fish spa we had a late lunch, the most awesome lunch that I’ve had in weeks, something that will definitely become a regular item on our menu! 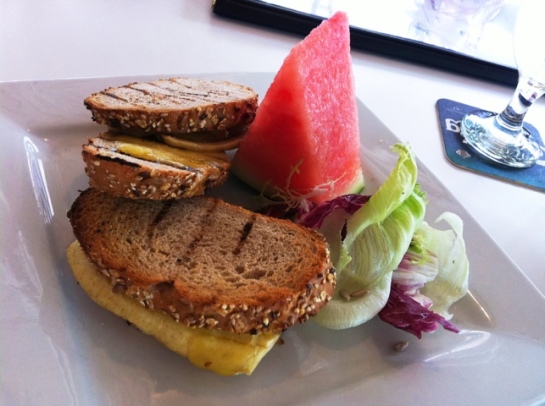 A pineapple, banana, and cheese sandwich. The cheese was all melty, the banana was sliced thinly enough to be sweet and mushy, and the pineapple added just enough ‘chewability’ to the sandwich to make it satisfying. The only possible improvement would be to add a bit of peanut butter. So good!

We tried to do a bit of shopping after lunch, but, in reality, it was taking all of the energy we had to stay awake long enough to attend our 8:30 dinner reservation.

Chris loved his dinner, slow cooked curried beef. Mine, king prawns in coconut curry, was just meh. As much as I usually love Southeast Asian food, I just don’t think I’m a fan of Malaysian cuisine. It is kind of SE Asia meets India and I may just be slightly burnt out on Indian food. Perhaps I should give it another try when we are more separated from India.