The evening before we headed out to the Serengeti, our two friends Ranya and Farah were finally able to meet up with us.

They had some difficulties with Brussels Airlines. I won’t get into it much here. Let’s just say that I will not be flying Brussels anytime soon.

As I write this, I am fairly sure that they have still not seen their bags since they checked them in Chicago on December 18.

Our two days in the Serengeti were beyond my wildest dreams. We saw more big cats (my favorite!) than I ever imagined that we would, mostly thanks to “Eagle Eyes” Chris. He claims to have better than 20/20 vision and after witnessing his cat spotting prowess, I am starting to believe it.

It is still mind-boggling to me that a huge cat-like this can get up into a tree. Our guide had a good eye, but Chris spotted this guy. I hadn’t even been looking for cats in trees before that point. Don’t let me guide your safari, kids. 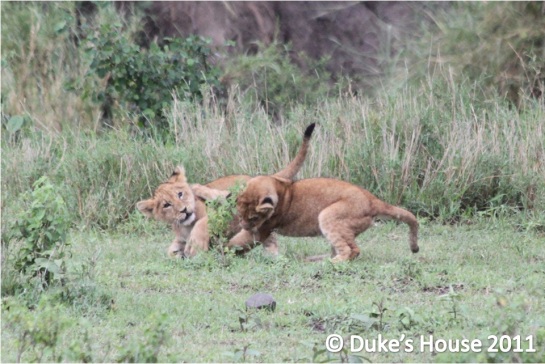 Thankfully, not all of the cats were in trees. These lion cubs were frolicking out in the open under the watchful eye of their parents. 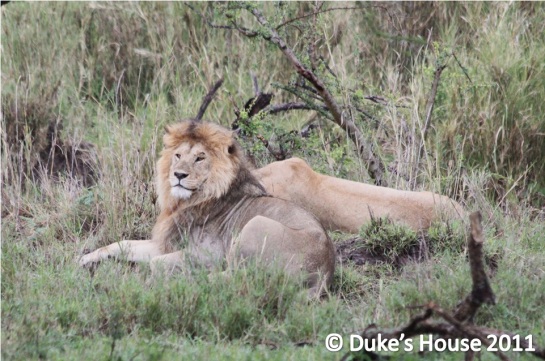 Enough cats? We saw other animals as well. The sheer density of animals was just unreal, not only because of the animal diversity, but because the animals went on for as far as I could see.

Next up, zebras and giraffes!