Before our big mountain climbing adventure, we headed out on safari in Tanzania, first in Lake Manyara, then to the Serengeti for two days, then on to Ngorongoro Crater. 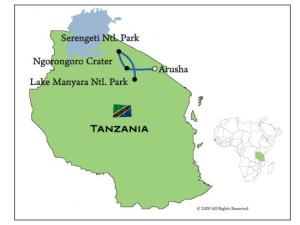 Almost immediately upon entering Lake Manyara National Park, we began seeing animals. Not sure how many animals we would get to see, we stopped right away to take tons of pictures of this guy. 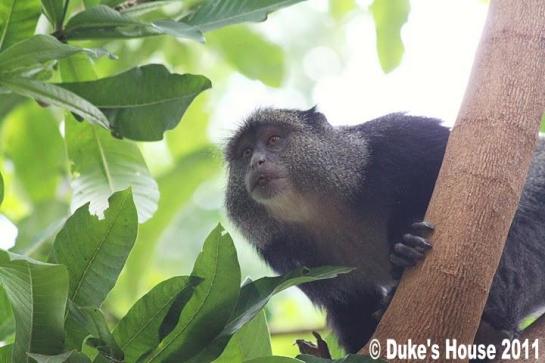 Before we had gotten our fill of him, our driver shouted “Look up ahead!” 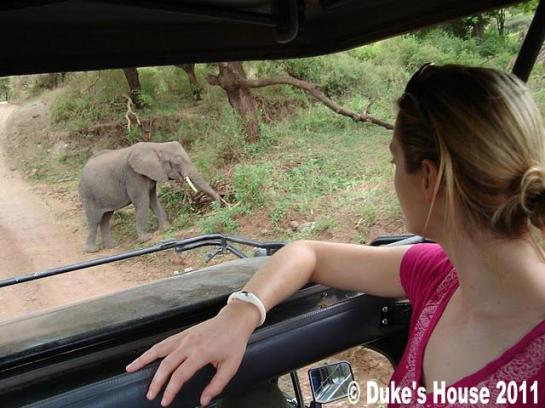 At this point we were still of the mindset that going on safari to see animals would be like going to Yellowstone and hoping to see a bear. Maybe you will, maybe you won’t. 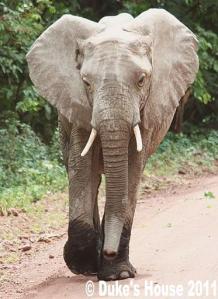 But it soon became clear that there would be no shortage of animals on this safari! In addition to the monkeys and elephants, we saw all kinds of exotic birds, hippos, giraffes, zebras, and more. My favorite picture of all from our first day was this little guy here. 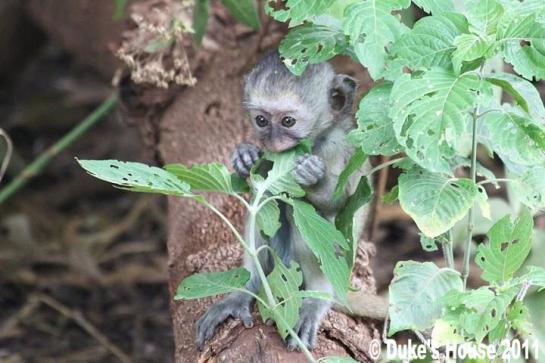